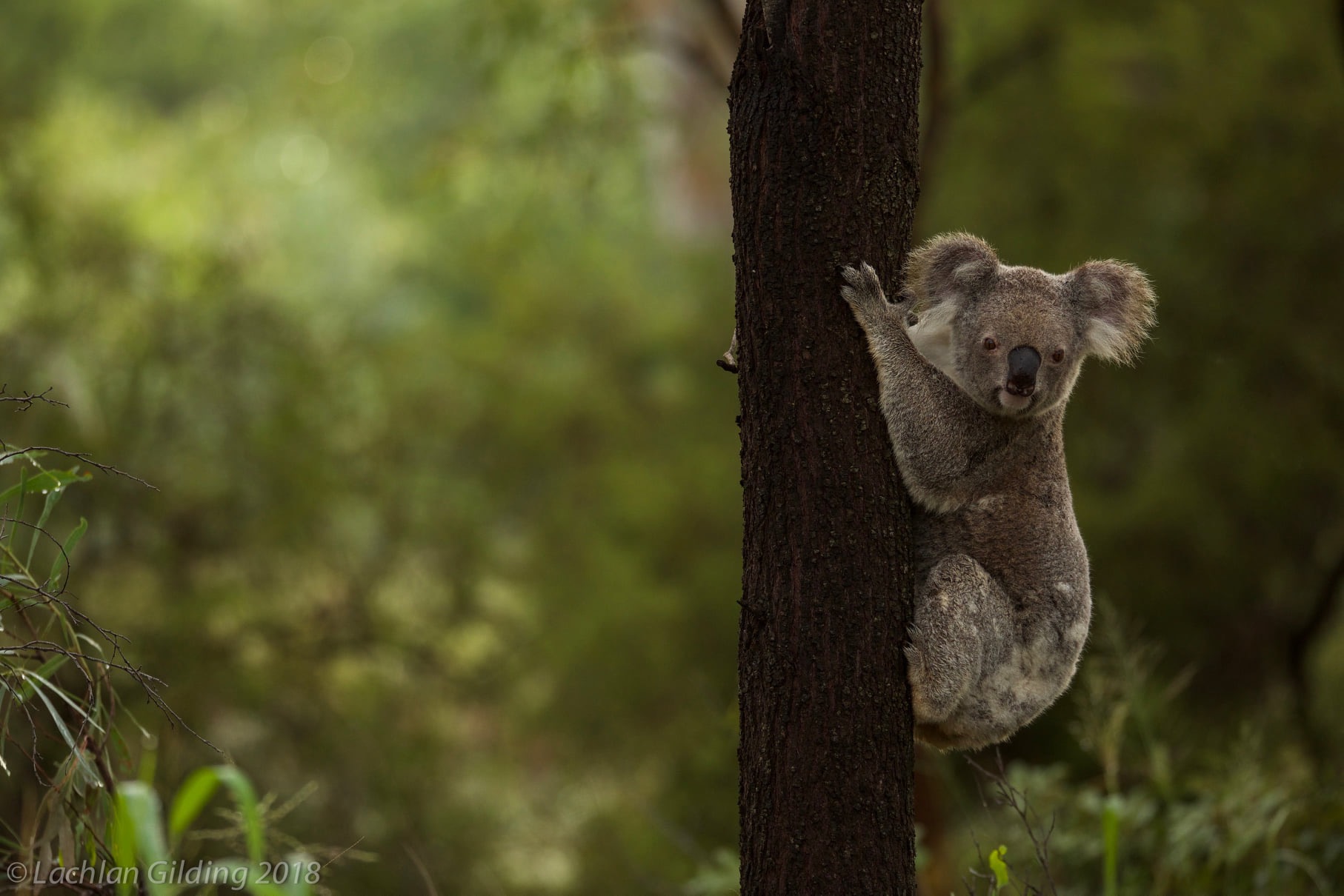 Australia is in crisis. It has the WORST mammal extinction rate of any country in the world. Home to more than one million species of plants and animals, Australia’s wildlife is uniquely ours, found nowhere else in the world.

Prior to the current fires, over 90% of Koala habitat had already been lost with the remaining 10% being fragmented and vulnerable to intense bushfire. Fires have an ability to decimate remaining populations within only days and it is frightening how little could be left today. Devastatingly, the fires have decimated a large portion of the koala population with known strongholds in New South Wales, Victoria and Kangaroo Island being destroyed.

Aussie Ark staff had already recognised the need for a wild protected sanctuary for koalas and initial stages for Koala Ark were discussed in early 2019 with planned commencement in late 2020. However, the current devastating bushfires exasperated the necessity for the project and brought it forward as an urgent answer to the crisis unfolding in Australia presently.

Koala Ark will secure a self-sustaining population of Koalas and protect their long-term future in a wild environment with hopes of building the population within the sanctuary to an effective size of 500 – 1,750 individuals. Aussie Ark has secured 5,750 hectares of wilderness for Koala Ark including preferred Koala Habitat, in the spectacular Barrington Tops of New South Wales. This initiative will protect the koala habitat and Aussie Ark staff will manage it to benefit the remaining Koalas. Koala Ark will also be made available for injured and displaced Koalas to call home.

Aussie Ark President, Tim Faulkner says “Koalas are uniquely Australian and to see their suffering over the last few months has been devastating, they’re all dying, it makes it all the more important to protect critical remnant habitat”

Mr. Faulkner continues “When the fires are out it is just the beginning for us. More work will go towards rebuilding, rescuing and protecting. So much has been lost already and it won’t come back without help! There is so much focus on the rescue and rehabilitation of the burnt koalas – which is important! But we are focusing on what happens AFTER, the koala need habitat to go to, to feel safe.”

Aussie Ark started a Go Fund Me campaign in December 2019 with the hopes of raising $369,000 to help fence the sanctuary and to assist in fire-proofing the protected area. As it stands, Koala Ark has seen almost $60,000 in donations to the project with initial plans already under way.

Koala numbers are falling throughout most of their natural range. Their decline is mostly due to wide-spread habitat destruction and disease with the recent bushfires adding to the devastating loss already being seen over the last few years. Land clearing resulting in habitat loss is the single biggest threat, reiterating the critical need for the protection of remanent habitat. The species also face threats of habitat fragmentation due to a lack of habitat corridors, dog attack, and road strike.

About Aussie Ark
As a not for profit organisation, Aussie Ark raises the necessary funds to continue its ambitious vision. Investment allows for the construction of captive facilities and predator proof fencing on semi-wild parcels of land. Aussie Ark is a registered environmental organisation and charitable institution under the Australian Charity and Not-for-Profit Commission. Aussie Ark has deductible gift recipient status (DGR status) and is registered for GST purposes. More information at www.aussieark.org.au